A tradition that is prevalent around the world is the feeling of excitement that people, young and old, feel when they hear the familiar bell of a neighbor’s ice cream truck rolling down the street. No matter how old you are, the sight and sounds of the ice cream truck are sure to bring you back to very fond memories of your childhood. And on hot summer days, the ice cream truck literally brought neighbors closer together as they lined up for their favorite frozen treats. Many of us probably still remember booking it at our home as quickly as our legs would allow and begging our parents for money to buy something in the ice cream truck.

And, of course, he had to run back just as quickly before he left. I remember chasing one for nearly two blocks before it stopped again! However, for the cute pit bull in this video, he didn’t have to worry about running into the house for money, instead, he waited very patiently like a good boy for his turn. 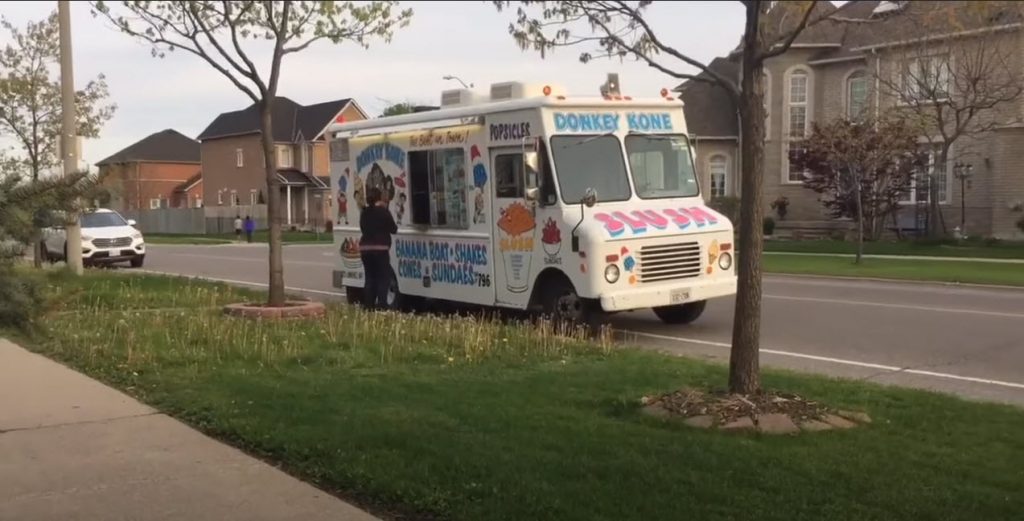 As a woman, who was carrying a small dog, finished making her order at the window, we can see the pup scampering over with this curly tail wagging excitedly. Then, after his owner arrives, the excited pup takes a seat right behind the woman in line to wait for their turn. 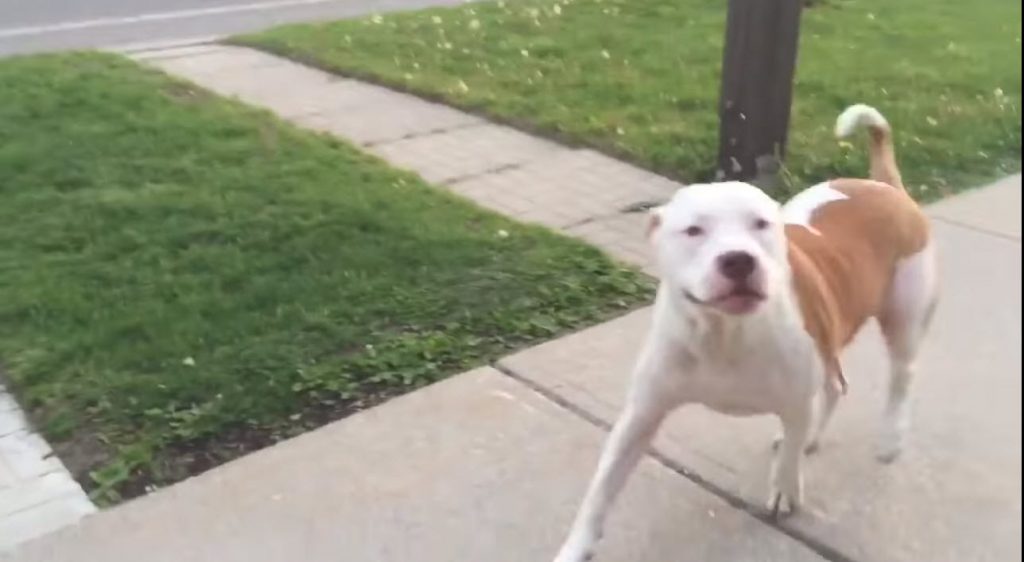 Obviously, this puppy is very well trained but also incredibly excited about what comes next. When the woman at the window leaves, the boy looks around nervously to see if his mother is still coming; after all, he needs her to pay, and she has those comfortable opposing fingers too. A commenter on the video noted this:

“he kept looking back like “MOM! BRING ME A DOLLAR!!” 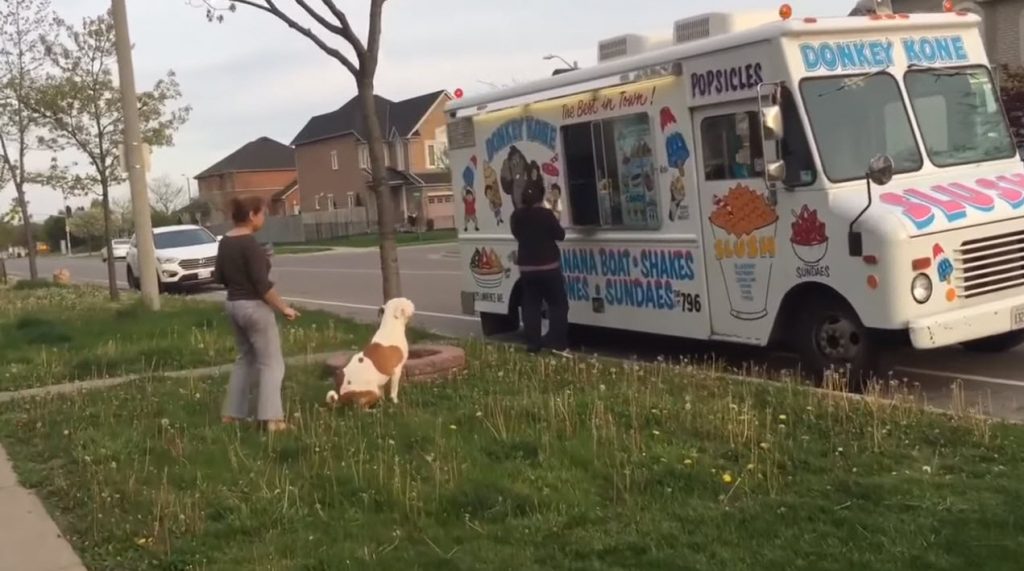 The owner soon went up to the window behind her ice cream craving doggo. And after paying, she’s handed a nice sized vanilla ice cream swirl in a waffle cone. Of course, the excited pup can’t take his eyes off the cone, and his mom doesn’t make her darling wait too long as she bends down and feeds her pup the entire treat! 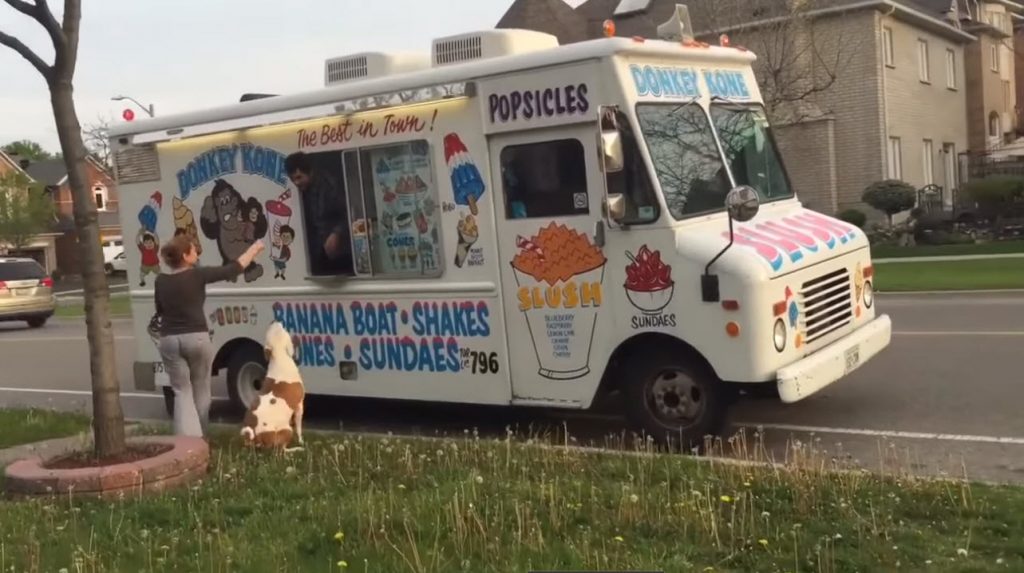 To be honest, I cannot say that I have ever seen an ice cream cone eaten so quickly. 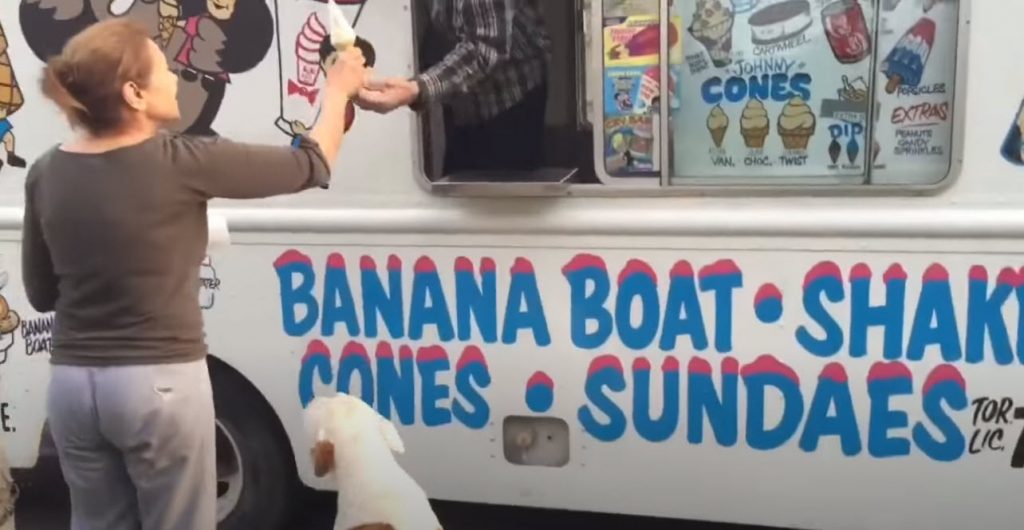 He didn’t even show a single sign of brain freeze as he gobbled up every delectable bit of his frozen treat. 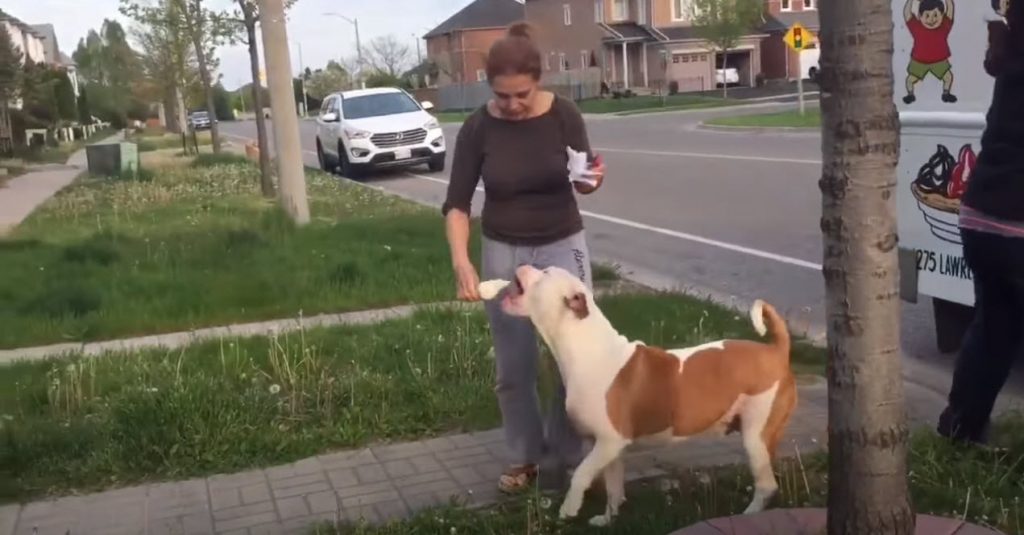 You can watch this adorable pup waiting for his summertime treat in the video below.