Cat Security Guard Gets a Hospital ID Card , Due Of Showing Up for ‘Work’ Every Day for a Year

During the year, an orange tabby cat appeared every morning at a hospital in Richmond, Australia. Chantelle Trollip, a pathologist at Epworth Hospital, says she is used to seeing an adorable kitten roaming the hospital grounds. Interestingly, he showed up every morning at the same time, almost as reliable as a clock.

Pretty soon, the staff at Epworth decided to name him and somehow they agreed on “Elwood.” They were careful to make sure the cute feline had plenty of freshwater throughout the day, of course. The weird thing is that when the day shift went home every day, so did Elwood.

For a time, hospital staff believed Elwood was homeless, although it was not clear that he was missing food. However, this was confusing because he sometimes showed up with a bell necklace. Then something amazing happened. One morning, when Chantelle came to work, she noticed that there was something new on Elwood’s neck. Looking closer, she realized that it was a miniature version of the hospital badges worn by the staff who worked there. Apparently, one of the hospital security personnel thought Elwood was an excellent security guard. 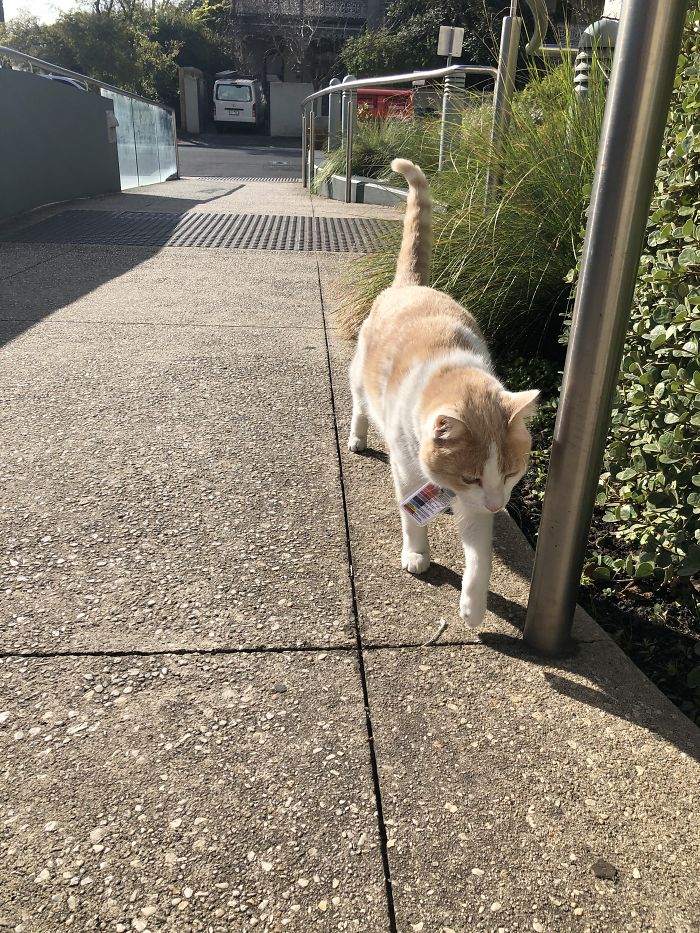 The point is, the hospital probably has employees who are not as trusted as Elwood, judging by the average workplace. This is not to say that the hospital staff are unreliable, but it looks like there is always someone who is late for every job. Elwood seems to brighten people’s days, and Chantel agrees with that. “I first noticed his ID badge on him in June,” Chantel said later. “I was actually having a case of the sads that day, but seeing his ID badge turned my whole mood around!” Chantel adds that Elwood is “lovely and friendly, but not overly affectionate,” which is fitting for the role of a security guard. 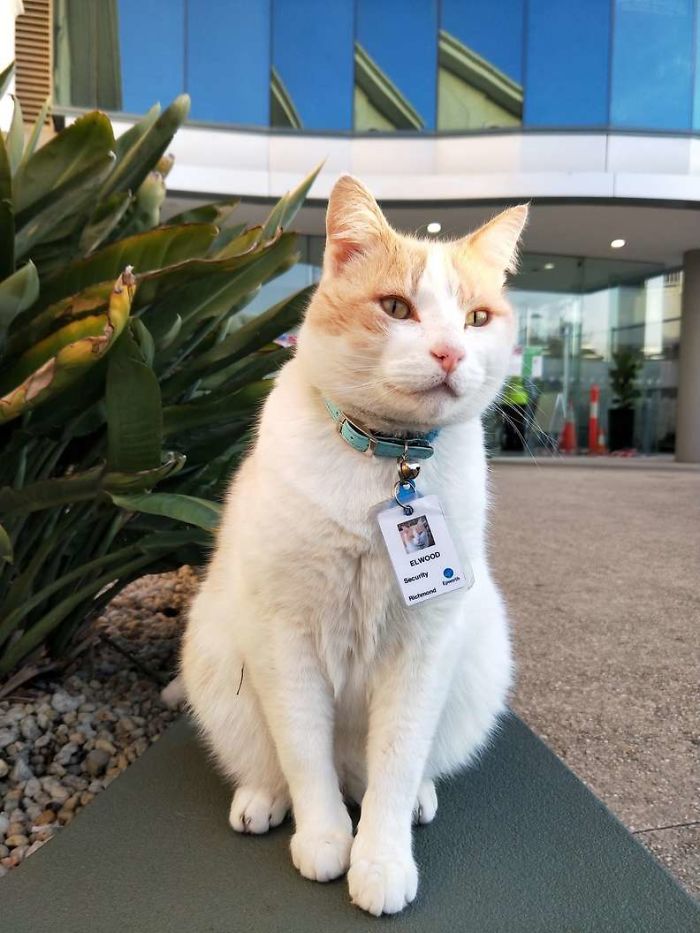 It turns out that Elwood is not a stray cat after all. He lives across the street from the hospital with his family and commutes to work like everyone else. He knows his place and never tries to get to the hospital. Just patrol the area. I guess there aren’t many Australian mice in this hospital.

When the two brothers did not show up for their boxing practice,…